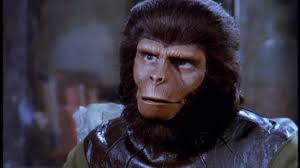 Well I want to discuss the recantation of Alisa & Gabriel’s Testimony about Satanic Crimes being committed against them and perpetrated by their father, Ricky Dearman, who is the head of the Satanic Pedophile cult in Hampstead, UK.

I have direct knowledge of this type of thing, being a Survivor of a similar medical cult while growing up in Upstate NY. Children ALWAYS recant, especially when a parent is involved. The police interviewer “Steve” is obviously not trained as a child abuse interviewer, or he is purposefully leading the investigation away from the fact that the dad has caused serious abuse to these two children. He is most likely being paid to do so. I’m sure he is involved.

Another significant thing was the hierarchy of the “Willies’. Now why would they make that up? Cults do have hierarchies. In my son’s case it was the witches hats they wore. The different witches had different names according to their ages and skills and colored robes for their ranks as well. The fact that dad had the “White” willie is also right on as the White supremest Nazi’s run the whole Cabal. My dad was a member of the “White brotherhood”.  My family are Germans from Alsace Loraine…I am related to Arizona Wilder I believe being part of Dr. Green’s family, AKA Joseph Mengele.

The hospitals are also all involved. When they took the kids to the hospital after the first police interview it was for reprogramming I’m sure of their alter personalities. Anyone raised in Inter-generational Satanism is multiple, having DID-MPD. Gabriel said the abuse had been happening since he was 1 year old. Same with me….

I doubt anything can be done except for people to understand that Satan rules this planet and this is how it’s done. You are all brainwashed to look the other way, and not get involved and basically see no evil, speak no evil, and hear no evil.

You are the apes all right. They see us as animals…The planet of the Apes….Earth…

Well, I got news for them. They  are on NOTICE. Some of us have reclaimed our divine rights bestowed on us by almighty YaHuWaH our creator. He has delivered us from THEM. Their time is SHORT. The Matrix is coming down. This fabricated existence you call reality —is a SHAM. They are SHILLS, FRAUDSTERS, and LIARS just like their daddy Ha Satan.

They are not qualified to do anything..It’s all Bullshit… Remember they worship the BULL from Heaven? The papal BULL?

Well the BULL has been feeding you his CRAP for centuries…

The BULL is SET, ENLIL, SATAN. The golden calf… He’s still here and they still pay homage to him and his sister, ISIS, too I might add.. These pagan demi-god, (fallen angels)  run the show here, but not for much longer.

THEIR DAY IS COMING… THE DAY OF YHWH. (There is no Lord- Lord=Baal). The LAKE OF FIRE.

And it’s not a Health Spa…

Posted on March 10, 2015, in Book of Revelation, Illuminati, ISIS, Salvation, spiritual warfare, SRA-Satanic Ritual Abuse and tagged Hollywood and Satanism, Intergenerational Satanism, Satanic Heirachy, SRA-MPD and Hampstead, UK Satanic Coven. Bookmark the permalink. Comments Off on 3/10/15 My Rant about Satanic Covens, Set, Planet of the Apes, and The Day of the Lord….