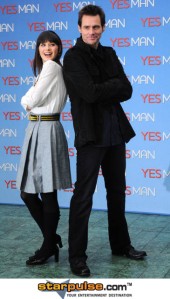 VEA= a Hearing aid like what we saw the Navy Seals using
NRA= National Rifle Association
St.= a Saint or State.
A martyring orchestrated ritual aimed at the NRA. An act against the UNITED “STATES”.

2.Dzhokhar= JOKER TSAR (blatant)= Rahkohzd= An attack on Obama by Illuminati for not getting the gun ban passed.
Ranko= A Moon Goddess that controls the moon phases (Matrix-see David Icke stuff- Moon is visibly seen at 3pm today CT)
KOH= Potassium Hydroxide- Dissolves skin. A Caustic chemical. Used in the DARPA SMART DUST CHIPS. KOH is also an evil avatar that steals the faces off it’s victims. Zombification?
ZD= Zooey Deschanel- Retracted ID of this person as a suspect. Shows another cover up. Credits given to her. An Illuminati witch on site or working behind the scenes…She Dates Jim Carey Hollywood’s High Satanic Priest.

This may be  the sick message behind these Illuminati names. This could also be a  biochemical, biological, or radiological attack. There could be much more here than meets the eye, especially spiritually. A covert use of radiological  or ingested/ vaporized/ or absorbed  tagged RFID chips breathed in by unsuspecting onlookers. DARPA smart dust. The KOH is part of the dust chip used as an etcher. I guess I need to research DARPA smart dust more. I pray this isn’t the case.

I feel that Dzhokhar being found in a boat is Illuminati symbolism as well, the boat being in Egyptian Mythology where one leaves this life to go to the next one according to the Book of the Dead.