Fomalhaut- The Black Horse WOMAN- Demeter/Ceres and The Semiramis connection 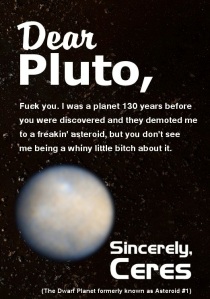 The following is just my research so far on this one. The Black Horseman of Revelation. The NIGHT MARE. This is the Watcher from the SOUTH. It marks the Winter Solstice. Fomalhaut is classified as a Blue / White Class A star . It  has been associated with immortality. Fomalhaut  was equated with the Persian god Zal, and is said to bestow charisma and this star is held to be quite variable in effect ~ either very good or very bad, depending on the overall cosmic structure.

In Greek  mythology, Fomalhaut was associated with the monster Typhon, who is said to lie buried beneath Mt. Etna in Sicily. In Syrian and Canaanite lands it was honored as the symbol of the fish god Dagon, whose temple at Gaza was destroyed by the Biblical strongman Samson. This temple is believed to have been oriented to the rising of Fomalhaut.

All accounts  of this constellation’s mythology are disappointingly sketchy. Like Pisces, its mythology has a Middle Eastern setting indicative of Babylonian  origin. An ancient constellation, Piscis Austrinus represents the Babylonian fish-god Oannes, who came to Earth to teach humans how to  become civilized.  According to the brief account of Eratosthenes, the Syrian fertility goddess Derceto (the Greek name for Atargatis) is supposed  to have fallen into a lake at Bambyce near the Euphrates river in Syria, and was saved by a large fish. As a result of this, the Syrians do not eat fish but rather they worship the images of fish as gods.

Bambyce  later became known to the Greeks as Hieropolis (meaning Sacred City), now called Membij. Other classical sources tell us that temples of Atargatis contained fish ponds. The goddess was said to punish those who ate fish by making them ill, but her priests          ate fish in a daily ritual.

According to the Greek writer Diodorus Siculus, Derceto deliberately threw herself into a lake at Ascalon in Palestine as a suicide bid in shame for a love affair with a young Syrian, Caystrus,  by whom she bore a daughter, Semiramis. Derceto killer her lover and            abandoned her child, who was brought up by doves and later became The Queen of Babylon. In the lake, Derceto was turned into a mermaid, half woman,  half fish. So merpeople may also be associated with the constellation Piscis Austrinus. The Southern          Fish was sacred to the Egyptians, who  imagined the infamous          Nile fish had swallowed the phallus of the dismembered Osiris.   (In Egyptian mythology, Orion is the abode of Osiris, the pharoah-god who  was slain  by his jackal-headed  brother, Set. Osiris conquered death and, once resurrected, came to reside in Orion.)

Eratosthenes  called this the Great Fish, and said that it was the parent of the  two smaller fishes of Pisces, The Fishes. One writer speculates,  “As such, swallowing Osiris’s creative appendage may well be a  precessional symbol of the shift from the age of Aries to the age of  Pisces.” And now, Fomalhaut (and Piscis Austrinus )are closely associated with the shift  of ages from Pisces to Aquarius as this star is located near  the cusp between the two signs, at 4 degrees of Pisces.

About 500 B.C. Fomalhaut was the object of sunrise worship in the temple of Demeter at Eleusis,  where secret, spiritual ceremonies were held, about 22 kilometers from  Athens. This association echoes a theme of death and rebirth, both of  which are implicit in the significance of this royal star.

In the first century A.D. Manilus wrote of Fomalhaut, “When the        Southern Fish rises into the heavens, leaving its native waters for a    foreign element, whoever at this hour takes hold of life will spend their  years about seashore and riverbank.”

Other  significances connected since antiquity to the star include fortune and emanance, and it is considered powerful and fortunate in its aspecting of other heavenly bodies. And yet, as Fomalhaut is said  to influence changes from material to spiritual forms of expression, there is also associated with this star’s powerful emanations a malevolence of sublime scope and character.

In Britain, a soldier’s inscription of the 2nd century AD attests to Ceres’ role in the popular syncretism of the times. She is “the bearer of ears of corn”, the “Syrian Goddess“, identical with the universal heavenly Mother, the Magna Mater and Virgo, virgin mother of the gods. She is peace and virtue, and inventor of justice: she weighs “Life and Right” in her scale.