← Your Thankful for What?? Pagan Thanksgiving Rites
The World That Was…Pre- Genesis → 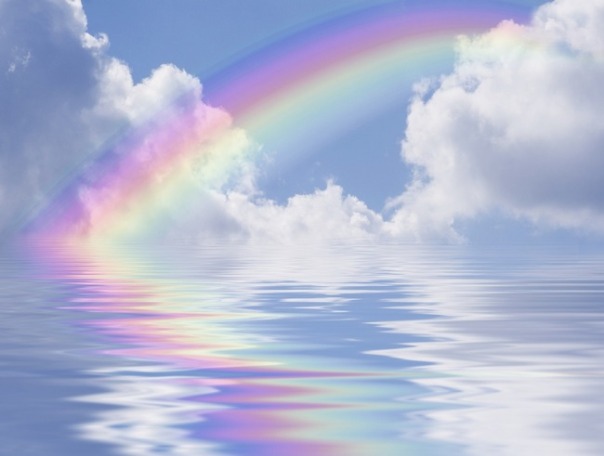 We got talking about this the other night and I wanted to expound on what exactly and who (yes who!) the rainbow is made up of. They are the seven ARCHeons  or Arch “Angels” (bene Elohim) of the Most High YaHuWaH.

We see them in the book of Job being called the “sons of God”. Chemual was there also in this scene (Satan). They each had a “day” assigned to them making up YaHuWaH’s week. Our Pagan names for the days of the week is just being used here as a reference so we all know what is being talked about.

Tuesday- Chamuel- Pink  (3rd day of the week) This is why the Satanists love Pink and have an artist name “Pink”. Pink was taken out of the rainbow.  We now have Orange , i.e Halloween-  Venus. Being the number “3” this is where the trinity doctrine comes in as well as the use of triangulation. pyramids, orange pumpkins, etc…

Saturday-Zadkiel- Purple (7th day of the week)-Jupiter. There is no Indigo by the way. Indigo is black and is the absence of light. All this talk about Indigo children is a  whole other lesson. These are the children of darkness- not light.

The other “Planets” are byproducts  of other cataclysmic solar events that occurred during the celestial wars that ensued  after the initial creation.These were referred to as the Titans vs the Olympians wars in Greek Mythology. There also was a scrambling and mixing up of the days after this. Ex. Friday became Venus, Thurs  became Jupiter, Tues became Mars, Weds. became Mercury, Monday became the moon, etc…

The 7 Archeons also each represent a “note” on the musical scale so they have different Harmonics and frequencies as well…Some cabbalists say they also influence the 7 Chakras in the human body, hence different  frequencies can be used to heal different parts of the body.

They can be seen in the Book of Revelation being held in the right hand of Yahushuwah who holds the 7 “stars” (light beings). They represent the 7  Chazan as well over the 7 “churches”. Together they surround the throne of YWHW along with other celestial beings such as the Seraphim and Cherabim.

Posted on November 29, 2015, in Book of Revelation. Bookmark the permalink. Comments Off on 11/29-The Rainbow of YHWH.

← Your Thankful for What?? Pagan Thanksgiving Rites
The World That Was…Pre- Genesis →