Your Thankful for What?? Pagan Thanksgiving Rites 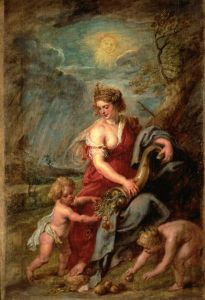 YaHuWaH is fed up with the United States. It is an ABOMINATION to him.

.It’s enough to make you want to puke…

The citizens haven’t even got a fucking clue about what Thanksgiving was even about…Now it’s about BLACK FRIDAY and buying shit and shopping…Or STUFFING yourself…Or, for the religious folks its about thanking “God” for your Family and Country and your Public “Servants” for your “Freedoms” and their Service to you….(i.e. Military service, Police, Politicians, Teachers, etc..).

What a fucking joke. Are you kidding me??? You obviously don’t know “God” and you don’t know his WORD… His SON….

HE HATES ORGANIZED RELIGION, PATRIOTISM, and the MILITARY….

The news stations with their fucking PARADES….and Pagan IDOLATRY.

It’s just DISGUSTING….No mention is made of The Bible. The Pilgrims. Religious Freedom. The Native Americans.

Let’s just forget HISTORY. Sweep it under the rug…Let’s go to WALMART and buy shit…

I just can’t stand it anymore….I want out of this insanity..

I pray YaHuWaH will stay his hand long enough to get me out of this PAGAN CESSPOOL.

Today,  I thank YaHuWaH for HIS righteousness and Eternal JUSTICE and JUDGEMENT  that HE will soon execute against this Pagan Babylonian Nation…

The United States of America.