The White Stone- Given to Overcomers. Rev 2:17 What is it? 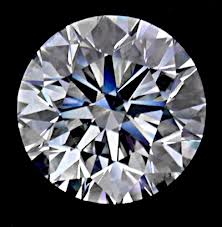 In ancient times, the white stone was used in many ways. When someone was accused of a wrong doing and taken to court – – – when they were acquitted they were given a white stone as a symbol of their innocence. They could show anyone their white stone to prove their innocency. We can show our innocency before God by putting on the Robe of Righteousness.

The white stone was given to victors in athletic events. Sometimes the victors were given white stones with the name of the event or the winner of the event inscribed on the stone. Paul related:

“Know ye not that they which run in a race run all, but one receiveth the prize? So run, that ye may obtain.” I Corinthians 9:24

“I have fought a good fight, I have finished my course, I have kept the faith: Henceforth there is laid up for me a crown of righteousness, which the Lord, the righteous judge, shall give me at that day: and not to me only, but unto all them also that love His appearing.” II Timothy 4:7-8

The promise of an incorruptible crown is to all those who finish the race. Another use of the white stone was that a white stone was often given to honored guests. It was generally inscribed with the host’s name. The special guest who received the white stone could use it to purchase, or to order the host’s servants to do as they asked. It was used as a sign of authority and power granted by the host. All things that belonged to the host were at the disposal of the special guest. We have this promise in Yahushuwah Ha’Mashiach our Lord.

“He that overcometh shall inherit all things: and I will be his God, and he shall be My son.” Revelation 21:7

The overcomers are those special guests at the Marriage Supper of the Lamb. These are the inheritors of all that belong to the Father. These are the Christs in the earth today.

Paul stated, “And if ye be Christ’s, then are ye Abraham’s seed, and heirs according to the promise.” Galatians 3:29

Before we can become heirs we must be overcomers in God’s kingdom realm. Paul further wrote to the Galatians,

“And because ye are sons, God hath sent forth the Spirit of His Son into your hearts, crying, Abba, Father. Wherefore thou art no more a servant, but a son; and if a son, then an heir of God through Christ.” Galatians 4:6-7

When we overcomers come into the son/daughter realm, we are no longer servants, but heirs. The servants will not inherit with the heirs. If we are inheritors, then we have already overcome the old Adam nature, the carnal mind, and the desires of the flesh. This is the only way we will become joint heirs with Christ. When this has been accomplished in our lives, we, too, as special guests, will be given our white stone. Then everything that belongs to the Father will be at our disposal. He will then give us power and authority to rule and reign with Him. Yahushuwah revealed this promise to John:

“To him that overcometh will I grant to sit with Me in My throne, even as I also overcame, and am set down with My Father in His throne.” Revelation 3:21

The promise of ruling and reigning is made only to the overcomers, and they, alone, will sit with Him in His throne.

This is our place of authority in the kingdom.

Posted in Book of Revelation