MPD, DID, Cloning Technology and the New World Order. 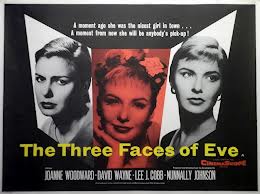 We’ve talked about the numerous roles some of these Illuminati Family “Actors” are portraying. Actress Jennifer Greenberg Sexton has at least 6 aliases she goes by. The question is now- Does she know she is playing these parts or has she been compartmentalized using sophisticated mind control techniques such that she is not aware of the different personalities??

MPD (Multiple Personality Disorder) now known as DID or Dissociative Identity Disorder, is used extensively by the Satanist Cabal to control these Illuminati families. The family bloodlines were chosen initially because of their propensity to be able to dissociate when subjected to trauma based mind control programming. Joseph Mengele studied this extensively by doing experimentation on twins. They also worked on Cloning Technology and have mastered that as well. Clones do not live long. You may get a couple years out of one. The original can be re-cloned  periodically though. All of this is done in sophisticated underground base laboratories (DUMBS).

They use something called the VRIL Machine to do it. It uses rapidly flashing lights to cause the personality splitting. Disorienting the person by hanging them upside down while doing this is another factor that enters in. It is sophisticated TORTURE. While the splitting is being done, the Satanic demonic “Handlers” will instill triggers into the victim so they can re-access the resulting alters at a later time. It takes a literal act of Almighty YaHuWaH , through the appropriation of his shed  Godly blood &  DNA through YaHushuWaH, our Meshiach,  to deliver us out of this Satanic breeding ground. We are all born into it.

Women are especially victimized at very young ages (most from birth) and raped and harvested by these alien demonic entities that rule this planet. They take the fetuses prematurely after they have impregnated you.( Around 4-5 months before you know you are even pregnant) And I’m talking YOUNG women age 8-16 years old.

So do these people KNOW what they are doing? I think they do. They are reaping the benefits of the HIGH SOCIETY LIFE which was promised to those who would bend their knee to Satan. What “JESUS” turned down, these people took him up on. They now rule the planet under the demons that control them of course.  Pretty much any one that is anybody on this planet is a sell out to the Devil. All heads of state. Media personalities. Government officials, Judges, Police, Military leaders, etc.. They are all part of the COLLECTIVE. Either your on YaHuWaH’s side or your on the Devil’s side. There is no fence sitting. This planet is all a DECEPTION.

The only reason we are here as an ELECT of YaHuWaH is to EXPOSE the SHAM. To wake up the few of you out there who belong to God. It’s pretty frightening stuff I know. YaHuWaH has our back though. This is our mission in these end times. They know their time is SHORT and they are scrambling with their insane cover ups, storylines, screenplays, and dramatizations to try to soak everything they can out of you… It’s all masterminded of course by Satan himself. We are dealing with higher entities running the show here. They are master computer programmers I might add, and you are the computers they are programming! Your MINDS! They want your SOUL, Your Mind, your emotions, your progeny, your hard earned money, your love, your patriotism, Your dedication to their ONE WORLD RELIGION and ECONOMIC BEAST SYSTEM.

You need to be listening to YaHuWaH. I only watch the news so I can refute it. God doesn’t love America. He despises it. It’s part of Mystery Babylon. The Masonic symbolism and Egyptian Obelisks everywhere are an abomination to Him. The only reason he hasn’t destroyed her is because there are true ELECT here in this country. He saved Sodom and Gomorrah for only ten people. If we get taken out of here- this country will be toast. We are his emissaries here on the Earth. We know the Score…If you aren’t SAVED by the BLOOD LITERALLY in that you now have YaHuWaH’s bloodline grafted into your DNA than you need to ask HIM to SAVE YOU! Only HIS BLOOD can do this. Our blood is CORRUPTED from birth. You need a blood transfusion. Ask Dr.Yahushuwah to give you a heavenly blood transfusion so that you can ESCAPE all that is coming on the Earth. His HOLY VENGANCE.

He alone is our DELIVERER… Selah…

Posted on May 5, 2013, in Illuminati, New World Order, Salvation, SRA-Satanic Ritual Abuse and tagged Cloning and the Illuminati Family Bloodlines., DID, MPD. Bookmark the permalink. 1 Comment.

← The Resurrection of Gabby Giffords aka Jennifer Greenberg Sexton aka Tina Fey aka Sarah Palin
The Road to Damascus →
%d bloggers like this: