ALEX Programming- The MATRIX GATEKEEPER PROGRAM- WARNING! This post is only for the Spiritually mature. This is very deep, disturbing material 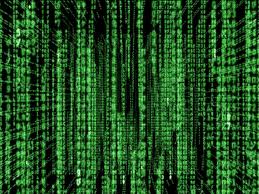 Most people that are waking up now are aware that the main stream media is flat out lying to you. If your still watching FOX news and think that they are a Christian conservative TV station then your still in the Matrix. I’m not talking to you. If you’re into alternative news and listen to Alex Jones or David Icke then I’m talking to you. I’m sorry to say that you too are in the Matrix. These people are called GATEKEEPERS. They give you just enough Truth to get you all worked up in politics or aliens or whatever the group mind is for that group you are in to. It’s all a diversion.

The ONLY thing you should be working on is the reclaiming of YOUR SOUL. Your SALVATION. ITS BEEN STOLEN. ITS UP TO YOU AND GOD NOW TO GET IT BACK.PERIOD. ITS TEAMWORK between you and Him…ALONE. You have to APPLY the KINGDOM to YOURSELF. You have to let Christ operate his spirit in YOU.

ALEX PROGRAMMING
Now mind you this stuff is VERY SOPHISTICATED Mind control because it’s being done by much higher intelligent entities than us. (Icke got that part right). You have to rely and get with YHWH alone. You can’t be in a GROUP– AT ALL. It’s you and HIM one on one. This is the only way to be delivered from out of the MATRIX. ALEX programming interfaces with YOU!

It is a high level PARALLEL programming. There is no syntax with this language to it. It is not a computer program per se. The data is projected on the screens (TV, Video, voice, i.e. any media), using high resolution graphics. It is an interactive program with you the WATCHER. Shapes, Colors, and other visual cues trigger powerful PRIMITIVES in your brain and are utilized. Undesired information is purposefully blocked. The Graphics themselves are the program ALEX. It makes for a programming environment that you as the observer are enmeshed in.

ALEX supports multidimensional arrays of integers, real, and complex numbers, so this is a highly mathematical program as well. Alex is a highly functional language. It allows for both graphical representation of both data objects and functions. A data object (YOU) is a storage location and can be COPIED! (Dopplegangers). Data dependency is established between the old and new data object(Hive mind dependency). The data dependency is created using COLOR MATCHING. A Type of data object is either specified through menu selection or INHERITED from a related data object (BLOODLINE). Limited polymorphism is allowed (some differences) but these must be substantiated.(SRA VICTIMIZATION). There may be sub-objects imposed on the original data object (alter programming) .

TEMPORAL ARRAYS
Temporal arrays are most useful in creating loops. Arrays can also be Spatial. Temporal arrays have dependencies whereas spatial arrays do not. Thus a vertical dimension of the program could be temporal, while a horizontal component could be spatial. ALEX does not distinguish between the two but MANIPULATES the data to both EQUALLY. The temporal array facilitates the loop better (Generational Curses).

FUNCTIONS
Functions are TREE-LIKE hierarchical structures. There are lists of primitive pre-defined functions (encoded in our DNA by GOD). The functions can be expanded or contracted. When a function is being programmed it must be expanded (expand your mind, pharmacology) Data dependencies are then established between the subject and the new data to be imputed. The data with the new incorporated piece is then compacted. (Compartmentalization in the brain). It can be saved in a library and then ACCESSED at a later time by the programmer (i.e. HANDLER). There are no GLOBAL objects. (Hence the subject has to agree to the programming- selling their soul, liking the MATRIX, Their COMFORT ZONE, etc…)

MANIPULATION OF OBJECTS (YOU!!)
ALEX has powerful primitives (Collective Conscience) for moving and RESHAPING data objects (SHAPESHIFTING) and selecting sub-objects (ALTER PERSONALITIES). Slamming a stream of data into the subject (RITUAL ABUSE) causes the new row of data to stick to the old row. This data can be manipulated to create numerous rows of data lines per se that can be cataloged and archived for later use. Operations can be inserted into rows for special functions (i.e. Programmed assassins, Monarch slaves, etc.). Whole segments can be swept out as well in intervals. (MEMORY LOSS, lost time).

PARALLELISM
ALEX can also be used to select an entire array of data and copy it across the entire spectrum. (COPY and PASTE-forming a CLONE of the original data object). Unwanted information is suppressed but new data can be added for a new function. (Selective memory of the clone. No soul. The walking dead Zombies).

OTHER FEATURES
The language allows for restructuring (DNA,) re-dimensioning, splitting, shifting, rotating, permuting, and transporting arrays. There are means for moving the TREE program, saving and retrieving functions from libraries (THE BOOK OF LIFE?), and for custom displays (HOLLYWOOD TALENTS?).

Do you honestly think these computer programers get this stuff on their own?? How dumb is that? They get it because the HIGHER PROGRAMMERS are using it on US! We are the data objects and the program is being used on US!

THIS IS THE MATRIX. How to get out… I’m working on that. More to come…

P.S. I got this blog wiped several times when I tried to post. Then a warning came on the screen saying it would self destruct. Then I got a warning that I was in the Matrix and not to post this stuff. It said follow the white rabbit.
Then It gave me a WARNING! “Go Back”.

I shit you not…. REALLY CREEPY…No worries YHWH has my back. Selah.

PPS. Brother Zeph & Brother Russ- This one’s for you! Keep up the good preaching!

Well I’ve been crying all weekend…How about you? I just don’t know what those devils have been up to,  but man they got a hold of my emotions and I was really in the toilet yesterday. I think the inauguration has a lot to do with it (High magic being implemented over the new king Barack). Today is my birthday to boot and no one on this planet even cares. Boo fricking hoo. Oh well.. This ain’t my home anyhow so the hell with all the Satanists! More on the Birthday Ritual later.

If your not up on Satanism 101, the birthday is the highest Satanic holiday. They purposely induced my mom so that I would be born under the GOAT sign ya know. They were in full swing on me last night. Fortunately, I have Michael watching over me now personally or I would have been served to Molech for dinner last night. I was flying last night in my sleep ( I’m a born  witch but I got saved at 19) and they took me to a forest and that Beast came up out of nowhere’s. I must have got sick to my stomach cause I woke up right then and had to throw up in the bathroom and take some antacid. It was a very bad night. The demons were working overtime.

Anyways, did you see Obama put his hand on that white bible today?? YaHuWaH told me it wasn’t a bible. It was the Koran. He’s such a snake. Serpent seed of the highest order.  He could give a damn about the Constitution either. He’s actually just playing a role. I heard he and Michelle don’t even live together. It’s all an act. When is the dumb ass public gonna figure out that  it’s all a game and they are all liars?  ACTORS.  I think Ed Chiarini has nailed a lot of them right on. (WELLAWARE1.com) Others I’m not so sure, but one thing I do know is that if you see it on the main stream news you can bet you bottom dollar its a lie for the most part.

I’m pretty much over the shock phase now of the Matrix being REAL. It’s taken me about 2 years to come to grips with the depth and horror of the deception and the rabbit hole keeps going deeper and deeper the more you dig. We are TRUTH SEEKERS if you belong to YaHuWaH. Even if it hurts..which I can vouch for! It HURTS LIKE HELL. I’m right in there every day asking the Most High “HOW LONG LORD?” I don’t know how much more of the BS I can take. The BEAST is going for my livelihood now and cutting off my sources of income. How bout you? I usually lead the pack on this shit when they start targeting us so get your money in a safe place and tangible  form and try to get out of debt the best you can (NO MORTGAGES, LOANS, etc.) I’ve got one still hanging over my head too so I’m preaching to myself as well.

YaHuWaH has been speaking to me about talking about the burning of INCENSE. I’ve been seeing this come up everywhere’s in scripture and how HE HATES IT. If your into lighting candles for people or burning incense or smudging or anything like that please stop! He absolutely DETESTS that kind of thing. I’m going to try to go into this more as the Spirit leads me to, but for now,  don’t open yourself up with that kind of thing because even if your doing it for “GOOD” it’s an abomination to our Elohim and you are allowing a conduit for demon energy to flow. SO QUIT IT!!  The best thing you can do right now is to get ALONE with YaHuWaH. We need to be spending as much time as you can in the word and listening to what He is saying to us as a body. I have pretty much given up this” life”.  Our destiny is in the life to come with Him in His Kingdom. May his peace surround you today in these troublesome times we live in.  Selah.

Comments Off on Happy Birthday to me….NOT!

The Magick behind Barack Obama- The White Horseman